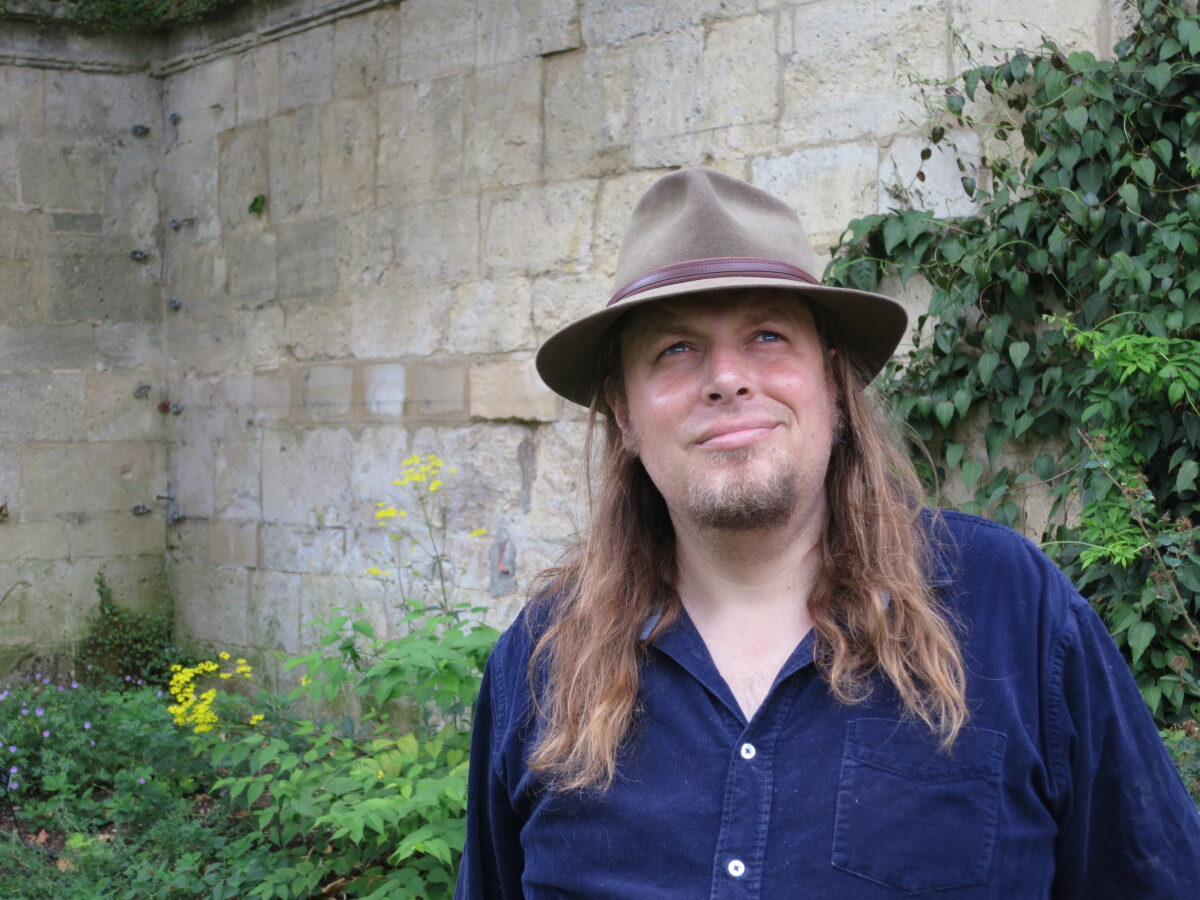 Johan Klein Haneveld (1976) has known for a long time that life without stories is not worth living. He wrote his first book when he was only eight years old. It was about dinosaurs. And fishes. Johan felt that he didn’t get enough writing assignments in primary school, so he started writing stories and poetry at home. In secondary school he even started writing his own series of adventure novels: the adventures of Joost, Cliff and Yoko, in which his protagonists had adventures with dinosaurs, great white sharks and people from the future. After a bit his language teacher even allowed him to read one of his own short story collections for his exam.
After starting his studies of Biomedical Sciences Johan put his writing on the backburner for a bit, until he got overworked and was given the advice to only do what he really wanted from then on. And what he really wanted was to write. Around the same time he rediscovered his passion for science fiction and fantasy. Stories about men and women who have to respond to unusual circumstances really captured his imagination then as much as they do today. Johan loves to explore all possibilities of life and matter through his imagination. In 2001 this led to the publication of his debut novel Neptunus, followed by the novella Het wrak in 2002.
Johan’s fascination with alternate realities has produced twenty books by now. The latest of these are the futuristic horror novel Scherven vol ogen, published by Macc, and the Sword & Sorcery novel Hoeder van de vulkaan, published by Godijn Publishing. His concern with climate change caused him to edit the short story collection Voorbij de storm, collecting stories by 25 Dutch and Flemish authors. Furthermore, 2021 will see the publication of his mini collection De mens een sprinkhaan and his first YA SF novel Het denkende woud. A space opera called De zwarte schim is slated for 2022. His goal is to explore as many subgenres of fantasy and SF as possible in his writing.
Johan’s short stories can be found in a variety of collections and magazines such as Fantastische Vertellingen, SF Terra and The Flying Dutch. Johan is also a judge for Godijn Publishing’s SF/fantasy award, and he is a regular reviewer for Fantastische Vertellingen en he writes essays on fantasy and science fiction for a number of websites.
When not working in his day job as editor for the Dutch veterinary journal, Tijdschrift voor Diergeneeskunde, Johan enjoys spending time with his aquariums (containing sunfish, African dwarf frogs, a reedfish and a common musk turtle) as well as reading books, watching films and reading comics. And he loves coffee! He lives in the pretty town of Delft with his wife Bianca.
johankleinhaneveld.blogspot.nl.