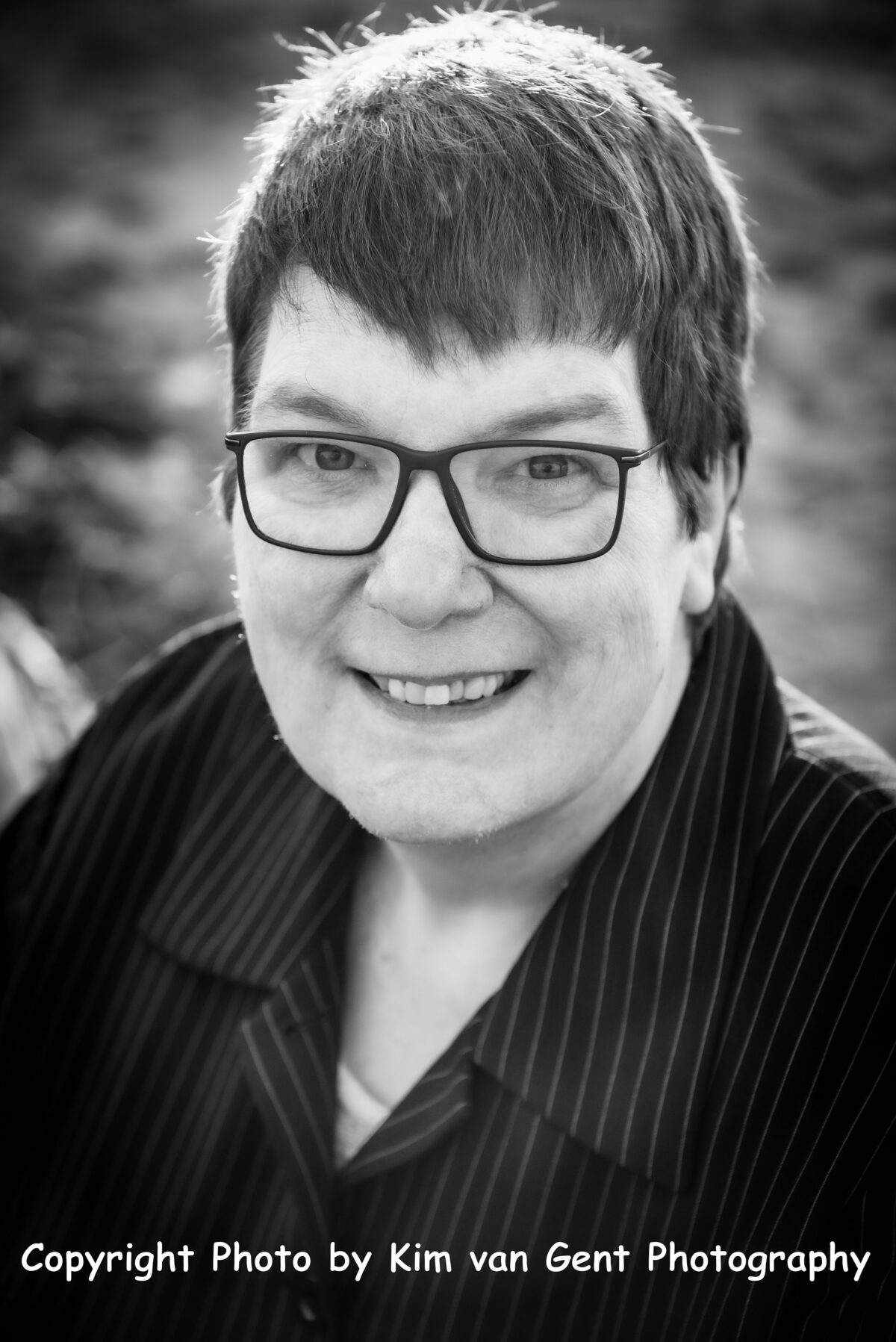 Marjo Heijkoop (Johanna Lime)
Marjo Heijkoop was born on 29 September 1956. On 1 November 2011 she decided to turn her passion for writing into her first priority. In addition, she sometimes draws digital pictures for her blogs or for the covers of her e-books. She keeps a bullet journal, plays video games, reads books and watches and reviews films. Her favourite genre to read and write is science fiction/fantasy.
Website Johanna Lime: https://johannalime.com
More on the books by Johanna Lime: https://boekenvanjohannalime.com

Writing as Johanna Lime
Johanna Lime was born as a concept in Sliedrecht in the Netherlands on 1 November 2011. At the time, she was the combined pseudonym of Marjo Heijkoop and Dinie Boudestein. The name Lime derives from the name of their mutual family on their mothers’ side: Kalkman (kalk is Dutch for lime). Johanna is the name of their common grandmother, as well as the name of Dinie’s sister Joke and Marjo’s middle name. So it’s a name that runs in the family, so to speak. Since their teens Dinie Boudestein and Marjo Heikoop worked together on building an imaginary world named Eibor Risoklany, which formed the basis for the realms of Laskoro and Berinyi in the constellations Taurus and Monoceros, in the books they wrote for publisher Zilverbron. In their next trilogy the universe is expanded even further, to Gemini and beyond. For their numerous short stories, most of which were entered in Dutch short story competitions, Marjo and Dinie kept building new worlds populated by new characters. Only in the collection Verhalen van Eibor Risoklany there is a connection between their short stories and their novels. The novel De twaalfde Saturnusmaan (‘The twelfth moon of Saturn’) is unique in that it is an autobiographical story, even though it contains aliens.
Since Dinie’s death of cancer on 21 December 2018, Marjo has continued her writing career as Johanna Lime on her own.