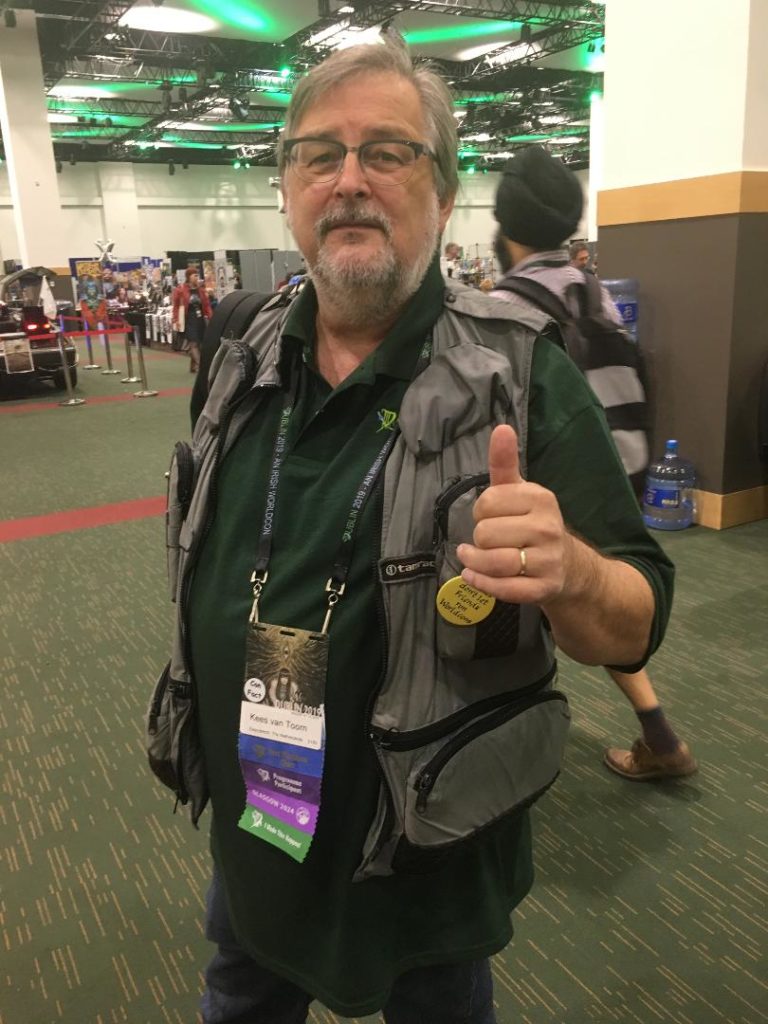 Kees van Toorn discovered Science Fiction as a phenomenon in the mid-1960s, after his father had given him the book Bram Vingerling: het Geheimzinnige Horloge (written by Dutch author Leonard Roggeveen) as a birthday present. That was the time when Perry Rhodan started his rise to fame, and – unhappy with the rate of new releases in the Netherlands – Kees soon found himself travelling to friends in Cologne, where he scoured the second-hand bookshops, to return home with bags full of Perry Rhodans to read.

After all, publications of Perry Rhodan in Germany were ahead of the Netherlands by a decade. All this led in 1970 to a visit to the first Worldcon on the continent, in Heidelberg. His (inter)national network of scifi friends grew rapidly and that is how SFANcons, Eastercons and the subsequent Worldcons in England became part of his regular visiting schedule.

Very early on, he started his own semi-pro sf magazine, called Orbit. Many years later, with help from many of his good friends, came the organisation of the Worldcon in The Hague.

The ‘old team’ was planning to have a Reunicon to mark 30 years since ConFiction, but covid put a spanner in the works not once, but twice. This goodbye party is now scheduled to take place at the Glasgow Worldcon in 2024.

Kees is married with two children, and will probably keep working tirelessly until the day he dies, on translations, conventions at home and abroad… although his wife and children have already come up with his epitaph: no more translations!